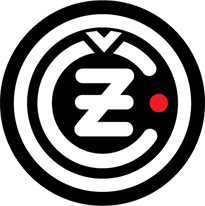 CZ is short for Česká Zbrojovka, which is a Czechoslovakian firearms manufacturer that is also known for making CZ motorcycles. In September 1919, CZ was established as a branch of the Škoda Works Armament in Strakonice, Czechoslovakia.

CZ began making street motorcycles in 1932, but abandoned racing them in 1972 so that they could focus on creating CZ motocross bikes. They became very well known for their powerful two-stroke mx bikes and was the first company to use expansion chambers in their exhaust pipes.

Although CZ was very successful in Grand Prix motorcycle racing, they were even more successful with motocross racing, winning seven World Championships and dominating the International Six Day Trials Competition.

Despite CZ’s racing success, the company lost a lot of the motorcycle market with the increase of popularity in the less expensive Japanese motorcycles in the 1970s. In 1993, Italian motorcycle manufacturer Cagiva purchased the motorcycle branch of CZ, with intent to create new proprietary bikes, as well as new CZ models. Cagiva failed in 1997 because of financial difficulties, therefore bringing an end to CZ Motorcycles.