Starting in 1947, nations from across the globe choose their best motocross riders to race in a team competition called Motocross des Nations. This yearly event is one of several world motorcycle competitions that are run by the Federation Internationale de Motocyclisme, or FIM. 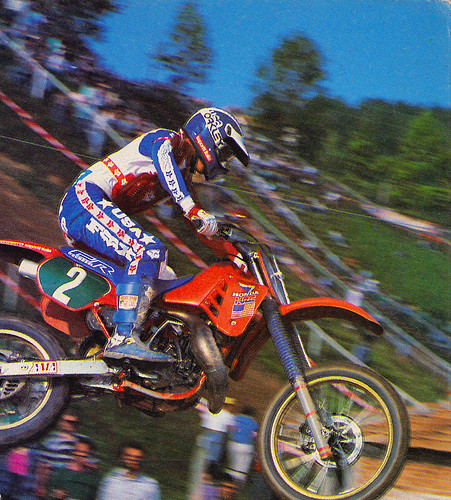 The FIM is a governing body that groups eighty affiliated national federations and six continental unions, in addition to specialized associations, to compete against each other. Since motocross is not an Olympic sport, Motocross des Nations is looked at like the equivalent.

Although Motocross des Nations began in 1947, the United States did not enter the race until 1971 when the sport began to increase in popularity in the country. Since motocross was just becoming popular in the US, there weren’t many great riders. Team USA came in last place their first year in the race, but got second place in 1974 with the help of Jim Pomeroy.

Team USA wasn’t a very solid contender in the Motocross de Nations until 1981, and then they became unstoppable, winning the gold for an amazing thirteen years in a row.