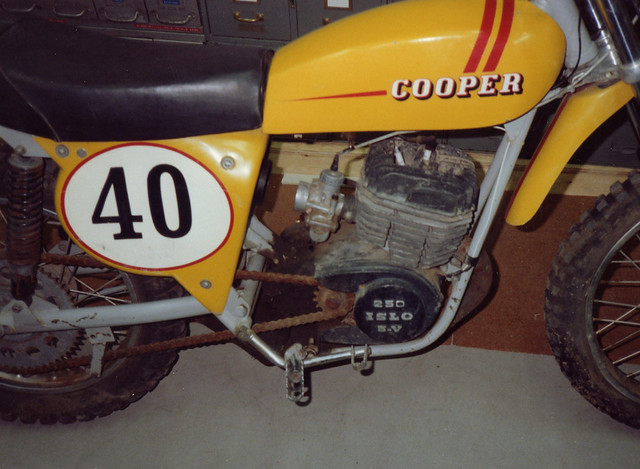 Cooper is a brand of vintage off-road motorcycles that were manufactured in Mexico throughout the 1970s and into the 1980s. When production first began in 1971, Cooper motorcycles had Italian-made engines, but they would eventually change to Sachs engines.

The engines were mounted onto either an enduro or motocross frame that was manufactured by Islo Manufacturing in Mexico. The bikes were then exported to the United States where Frank Cooper distributed them, hence the name Cooper.

Bill Grapevine, an American trials enthusiast in the 1060s, designed a trials bike, the GRM (short for Grapevine Racing Machine), and Cooper/Islo were contracted out to produce over 1,500 of them. These bikes are very rare today, and parts are hard to come by.

Cooper dirt bikes were fairly popular through the 1970s since they were affordable, but they couldn’t handle the competition. Cooper Motorcycles and Islo Manufacturing were purchased by Honda in 1982, and their names would no longer be used.