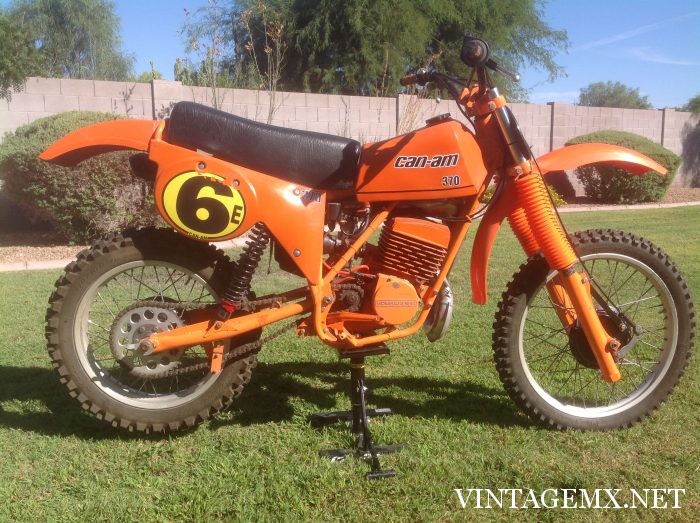 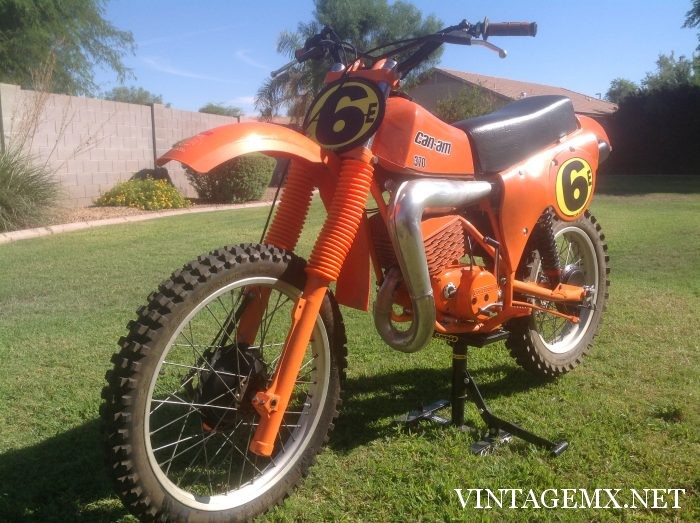 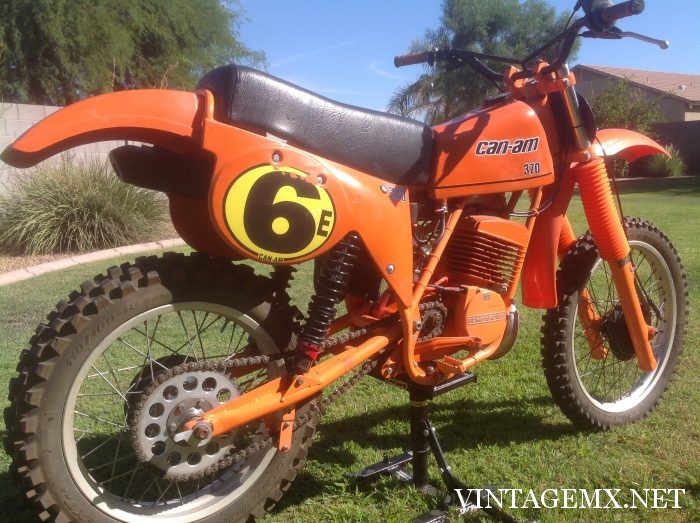 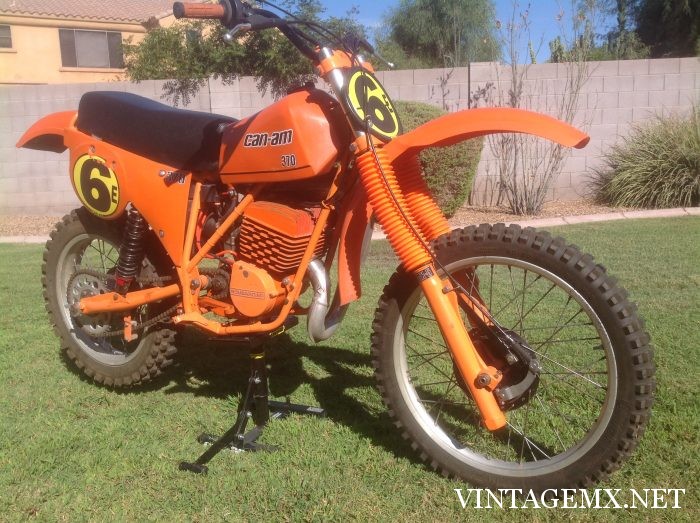 This 1979 Can-Am 370 MX-5 orange beast is proudly shared by Rich Galaska. Rich has written up a great review on this class Can-Am!

Before orange was the new black and KTM adopted the color and ruled the tracks and trails, there was Can-Am. Starting in 1978 Can-Am went orange and stuck with it for several years.

The feature orange bike is the 1979 Can-Am 370 MX-5. In as much as this ginger is no garage queen, she’s no 40 year old virgin either. What she is, is a survivor. The only enhancements this bike has seen are the exhaust system, shocks, throttle assembly, fork boots and powder coated triple clamps. Everything else is pretty much how it came from the dealer. The Bombardier/Rotax motor was one of the first production case reed inducted MX mills. It may be the longest run, most efficacious off-road motors produced. This motor first saw service in the ’78 Can-Am MX-4. It showed up in a variety of other makes. The basic configuration was used through 1993 in late model ATK 406’s.

The MX-5 has both a choke and a tickler on the carb. I’m not sure if one can be used without the other. I use both, it never fails to light. The kick starter only engages between 2 & 6 o’clock, it’s tough to start when sitting on it.

Riding the 370 can be demanding. It is a large bike that doesn’t sack out when sat on. It’s a long reach to the clutch lever and once there, the pull is stiff and you can feel the gyroscopic effect of the motors power pulses. Once underway the motor makes lots of easy to use torquey power. The suspension is actually good, it doesn’t kick, buck or do anything wicked. Landing in holes or hitting sharp edged bumps is drama free. It can even seat bounce and flies level.

The best adjectives to describe the chassis would be slow and heavy. The 370 is very stable at speed, conversely steering is slow and takes a concerted effort to get inside of a corner. Carrying speed and going the long way around is how this bike likes to get around. Cut and thrust riding would be difficult the big Can-Am doesn’t like quick direction changes. The brakes are decent. The rear brake pedal is hard to find in a panic situation. The seating position is awkward, I always feel like I’m sliding forward.

I’ve had the big Can Am for a while. I race it a few times a year and have won all the motos I’ve ran on it. The 1979 Can-Am 370 MX-5 is very reliable. All I’ve done is change the oil and clean the air filter. Overall, the MX-5 is a decent bike that draws a crowd. There just aren’t too many left that see the light of day or dirt of track.